Milt Lauenstein (MBA University of Chicago, BS ChE Purdue U) was involved in business management from 1948 until 2001 as an executive and management consultant. He served as a director, chairman, and/or CEO of a dozen for-profit corporations and half a dozen not-for-profits. He served as a Senior Lecturer on Business Policy at the University of Chicago and as Executive-in-Residence at Northeastern University. He is the author of the book “What’s Your Game Plan?” about business strategy, published by Dow-Jones Irwin.

Under President Johnson, he was a member of the US Department of Commerce Technical Advisory Board.

Since 2001, he has been active in peacebuilding. He funded a successful campaign by local citizens of Guinea-Bissau to prevent a national election campaign from triggering a return to civil war in 2005. Based on that experience, he founded the Purdue Peace Project, which successfully assisted local citizens to prevent violence in several other countries in West Africa. He has funded a number of research projects, reports on which may be found on the website warandpeacebuilding.org. In 2020, with the Carter School for Peace and Conflict Resolution at George Mason University, he founded the Better Evidence Project to develop evidence about where and how to deploy peacebuilding resources for best results.

With Dr. Elliot Short, he co-authored the book, “Peace and Conflict since 1991”, published by Peter Lang.

He was in the Navy from 1943 to 1946, finally serving as Executive Officer of a small ship. He is married, with four children, seven grandchildren, and three great-grandchildren. He attended several art schools in the US and Europe and continues to paint as an avocation. He is a Quaker. 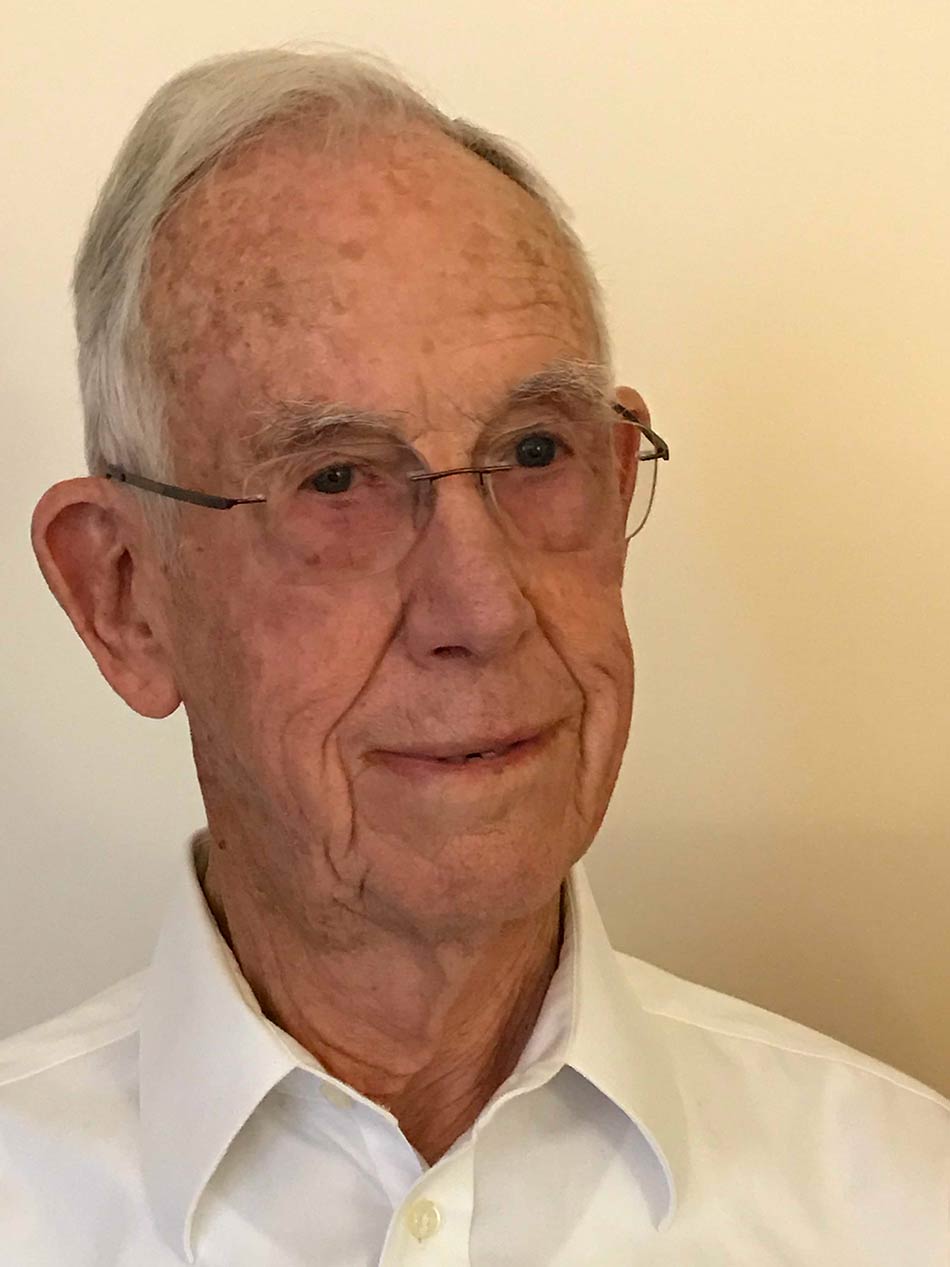 As New Year’s eve, 2000, approached, rather than looking for appropriate resolutions to make, I was asking myself: What would I do with the rest of my life?

In my mid-70s, my career as a corporate executive was over. I was in good health and had more money than needed to lead a comfortable life. Just playing golf and going on cruises didn’t seem to justify my continuing existence on earth. The world didn’t owe me anything: I had already been amply rewarded for my contributions to society. So, what was I to do?

I wondered if there was something worth undertaking that I might do to reduce human suffering. It occurred to me that the two major causes of suffering were disease and war. Already, enormous resources were being directed at disease prevention and cure, and impressive progress was being made. But it did not appear that much progress was being made toward reducing armed conflict in the world. The very idea of groups of people trying to kill each other seemed so insane that there had to be ways to reduce it. So I decided to seek ways to reduce the incidence of war in the world.

My wife and my best friends were annoyed that I should waste time and effort on such quixotic venture. War resulted from human nature, they said, so that there would always be war, and nothing could be done to stop it. I knew that the chances of my making a significant contribution in such an effort were slim, but I also knew that if I didn’t try, I was certain not to accomplish anything. So, with no background at all in the field, I began searching for ways I might contribute to the reduction of armed conflict.

Early in my search for ways to contribute to the reduction of warfare, someone in the field told me that every so often someone from the business community ventured into the peacebuilding field, only to be discouraged and leave a year or two later. After seventeen years of effort, and with limited results, I can appreciate their discouragement. However, I have stuck with it, and despite disappointments along the way, I am finally encouraged to believe that my efforts may lead to significant results.

Initially, I undertook to educate myself about the causes and possible cures for warfare. I read extensively, attended conferences, and became acquainted with people in the peacebuilding field. What I especially looked for was evidence to indicate where my effort and money might do most to promotr peace. I found none.

Finally, after a couple of years of searching, I gathered a group of ten professionals in the field to advise me on what I, as an individual with limited resources, might do that would actually contribute to peace in the world. The group consisted of professors of political science and anthropology, heads of non-governmental organizations (NGOs), consultants in the field, and a former member of the Jimmy Carter Center who had run the Carter operation in Sudan. It adopted the name “Reducing Political Violence Action Group” (RPVAG).

Over the course of a year, RPVAG met 5 times. After considering various alternatives, the group recommended that I find ways to encourage and to assist local leaders to address local conflicts that threatened to lead to widespread violence. To demonstrate that that approach could actually work, they recommended that we initiate a “test case”.

Pleased with the recommendations, I agreed to follow them. In the many countries that I had visited during my life, I had noted that in each, there were capable people, willing and able to work to solve community problems. That gave me confidence that the recommended approach would work. It was a welcome change from actions taken by NGOs based in the developed world following preconceived ideas about how to prevent warfare and trying apply them to unique local situations.

The next step was to select a place for the “test case”. RPVAG commissioned David Carment of Carleton University in Ottawa, Canada, to identify countries at risk of violence in which we might take action. He suggested three: one in Asia, one in South America, and one in Africa. The one in Africa, Guinea-Bissau, seemed most appropriate and was selected. A member of RPVAG, Dr. Ben Hoffman, the former member of the Carter Center, agreed to lead the project.

A national election there in 2005 was expected to result in a resumption of the civil war that had ravaged the country several years earlier. Dr. Hoffman assembled a group of local civil society leaders, who decided to address that problem, calling themselves “The Citizens’ Good Will Task Force” (CGWTF). They organized a campaign for orderly elections, using radio ads, banners, and T-shirts. They persuaded to sign a code of conduct, agreeing net to engage in violence or tribalism and to abide by the results of the election. Members of the organizations represented in CGWTF worked to avert violence in local villages. An initial election and a run-off were both held with high participation and no violence whatsoever. A peaceful governmental transition was achieved! I was elated!

In 2006, I sponsored an international meeting in Ottawa to find a way to assist other countries to prevent violence, using the successful effort in Guinea-Bissau as a model. That resulted in the formation of an organization called BEFORE, which began operations in 2008.

BEFORE decided to begin in Guinea. It convened a meeting of over 50 local leaders to address local problems. However, rather than following the successful model in Guinea-Bissau, it focused on structural reform. It commissioned studies of several arms of the Guinean government, which were then presented to the government. I’m not aware that anything resulted.

While BEFORE was active in Guinea, two local conflicts were brought to its attention. In each case, BEFORE convened local leaders to address the problems. In each case, they were successful, and violence was averted. However, BEFORE’s board and management were primarily interested in governmental reform as the best way to provide for sustainable peace.

I was unable to persuade BEFORE’s leadership to engage in the kind of work for which it had been founded. Therefore, in the summer of 2011, I informed it that I would sharply reduce funding in 2012 and would not provide any support beyond that year. It seemed that my wife and friends might have been right: I was tilting at windmills.

However, coincidentally, a dean at Purdue University, my alma mater, became aware of what I was doing. He saw it as parallel to work he was doing to help local leaders revitalize neighborhoods in inner city communities. We decided to launch the Purdue Peace Project (PPP). Its mission was to encourage and to assist local leaders to address potentially violent local conflicts. That was the approach that RPVAG had recommended to me eight years earlier.

Based on the knowledge and contacts resulting from previous work, PPP decided to begin operations in West Africa. PPP engaged Rosaline Obeng-Ofori, a former Director of Cabinet at the ECOWAS Commission, who had extensive organizational experience in Ghana to be its project leader in West Africa. 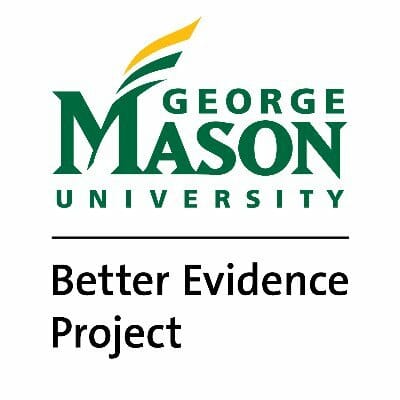